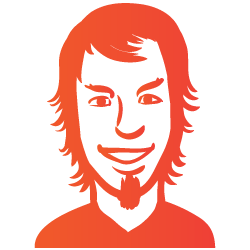 For those who are suffering from financial chaos, the decision to file a chapter 7 bankruptcy may have to come, sooner or later. Unfortunately, the longer you wait, the worse your situation may become, and soon it could be evident that you are about to begin losing your property through foreclosure or repossession. If you are considering a bankruptcy filing, there are a number of provisions in place that concern income limits, so read on to learn more.

The bankruptcy code underwent a much-needed update several years ago, and with that update came some more stringent rules about how income is considered in a chapter 7 filing. Up until then, bankruptcy had a reputation for being an easy way out of debt for the wealthy, so rules were put in place to prevent the misuse of filing and among them was income limits for filers.

Every state has its own median income, which is meant to represent the average income of all wage-earners in a given state. If your income exceeds your state's median, you may not be able to file for a chapter 7 bankruptcy. As a reminder, a chapter 7 bankruptcy allows you to have all of your unsecured debt entirely forgiven. This usually means your credit card debt, which leads many consumers into bankruptcy court. A chapter 13 bankruptcy filing, on the other hand, is more of a debt reorganization plan, with your debt repayment plan allowing you to stretch your debt obligation out for a longer period of time. While a chapter 7 bankruptcy plan places limits on your income, a chapter 13 plan has no such limits. If your income greatly exceeds your state's median, you might need to consider filing for the debt reorganization option instead of the chapter 7 option.

If your income falls above the limit, but you still want to file a chapter 7, there may be a way to do so. The way that your income is calculated is known as the "means test", which means that you are being evaluated on your financial means to pay your debts without needing to file for bankruptcy. This test looks at your previous 6 months of income, but it also allows you to deduct certain large financial expenses from your income. For example, if you are saddled with larger than usual medical expenses or housing expenses, you may be able to deduct enough from your income to now qualify for filing that chapter 7 bankruptcy after all.

Speak to a chapter 7 bankruptcy law service to find out more about getting your income down to an allowable amount for bankruptcy filing purposes.